skip to Main Content
CALL NOW! 678-698-7565
TwitterFacebookInstagramLinkedIn
About Us 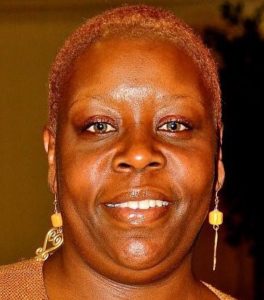 Melanie D. Wofford is the founder of Community and Housing Initiatives Corporation (CHIC), a non-profit organization started in Atlanta, GA where she worked with residents and community based organizations through Atlanta’s Neighborhood Planning Unit (NPU) system.  Her leadership led to recognition from Councilwoman Cleta Winslow for her outstanding work in the AUC Neighborhood and annual National Night Out Events.

Melanie was born in Buffalo New York and lived in New York City for 10 years  being the Manager of Financial Aid for the United Negro College Fund (UNCF).  Melanie attended both Clark Atlanta and Georgia State Universities and studied Non Profit Management and Leadership.  While at GSU Melanie was elected the first non-profit NexGeneration Leader at Georgia State University from the Non Profit Leadership Alliance for which she was a founding member.

In 2015 Melanie moved to the Bay area and contributed to the successful annual fundraiser “Women Who Dare” for Girls Inc of Island City surpassing its 70K goal.  Shortly thereafter Melanie began working as an independent consultant under her dba company “It’s All About the Green, LLC”.  Melanie held contracts with CBO’s such as Ruby’s Place, Greystar, Lorraine Hansberry Theater, In Loving Hands – Alice House Veterans Housing and the San Francisco Foundation.

Melanie continues to enjoy working with local residents in her capacity as a community leader and consultant, she is and President of the Malonga Arts Residents Association (MARA) (www.malongaresidents.org)   Melanie also serves as an advisory board member of the Association of Black Business and Arts Organizations (ABBAO) www.abbao.org  as well as operating as the Chair of M.E.N.S.wear, Inc. www.menswearinc.org (Atlanta, GA) and the Malonga Casquelourd Family Foundation.

Proposal Readiness – Is your organization ready to submit proposals?  Do you have a clear concept of your programs, services…